, /PRNewswire/ --  (NASDAQ: CPIX) is pleased to announced that , music industry executive, has joined its Board of Directors. He is the former Chairman of Sony Music in and President of RCA Records in . Mr. Galante is also currently a member of the Board of Directors of , whose shares are listed on the , as well as the and the chair of . 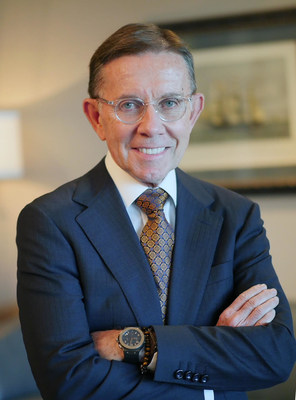 Mr. Galante is recognized as a music industry leader, having played a key role in developing the careers of some of the top music artists in the world, including , band, , , , , , and the Judds, among others.

He began his career at RCA Records in , followed by a transfer to RCA Nashville where he served as a director at the label, followed by the role of Vice President Promotion and Marketing. At the age of 32, he became the youngest person ever named to run a major country music record label. In 1990 he was named the President of RCA Records in . He returned to as Chairman to run the RCA and BNA labels there. Under his leadership, RCA Records was the number one country label for 11 consecutive years. He then served as Chairman of Sony Music Nashville for six years. He was presented with the Bob Kingsley Living Legend Award by the to honor his work in country music.

"We are delighted to welcome to our Board of Directors. His successful business track record, entrepreneurial and public company experience make him a valuable new member of our Board," said , Chief Executive Officer of . "We are fortunate to be headquartered in , one of the country's most successful cities in the 21st century. Our two largest industries here are healthcare and entertainment, and we now have leaders of both those industries helping to build our company through their participation on our Board."

Mr. Galante's appointment to Cumberland's Board as an independent director is effective . Cumberland's Board of Directors also includes , Chairman and CEO of , Dr. , Associate Vice-Chancellor for Research at , , former Managing Partner of Middle Tennessee operations, , Former Vice President Human Resources at , , former President of the and current President of , and , President and Chief Executive Officer of , who also all serve as independent directors.

is a specialty pharmaceutical company focused on the delivery of high-quality prescription brands to improve patient care. The Company develops, acquires, and commercializes brands for the hospital acute care, gastroenterology, and oncology market segments. These medical specialties are categorized by moderately concentrated prescriber bases that we believe can be penetrated effectively by small, targeted sales forces.

For more information on Cumberland's products, including full prescribing information, please visit the individual product websites, which can be found on the Company's website www.cumberlandpharma.com.